Act One takeover: when life gives you lemons…

Our original play for the Troubled Waters season uses lemons to show people what’s happening in our world – in a kid-friendly way.

Nataliya, our director, brought lemons into the theatre one week and said: “let’s see what we can do with them”. We started playing with them, chucking them around. Then Nataliya suggested that although the lemons might look nice and be cool to play with, they are sour inside. There could be something more sinister about them.

Nataliya said: “We’ve taken lemons metaphorically as something that is bright and attractive. Something you really want to look at, and maybe touch, but actually has a bitter core and a sour taste. If you have too much it rots your teeth. It’s a bit like McDonalds, the idea of something that’s so bright and shiny, but if you have too much it makes your stomach hurt. That’s the concept so far and we’re seeing where it goes.”

We’ve already started to think about what the lemons could represent.

We want the play to be about the things we’re worried about as young people. When we discussed what the play might represent, we talked about animal and human rights, immigration, and there was a big conversation about what’s happening in America under Donald Trump’s presidency. 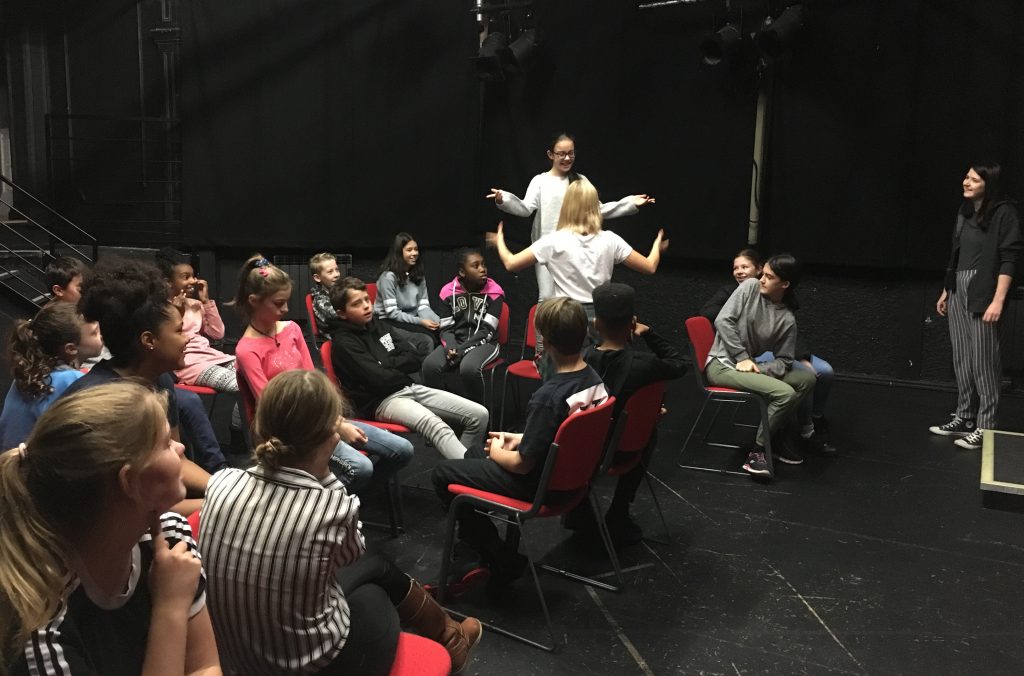 A lot of us are quite worried about this stuff. We downplay it sometimes, by making jokes, but we do take these things seriously.

The show is a great way of talking about and expressing this stuff – and communicating it to a young audience. Usually issues like this are discussed by adults; devising a show with 11 and 12 year olds around these issues will make us more socially aware. It’s making us want to go home and research what we’re actually making a play about.

Here’s a little clip of us devising our play…we hope you’ll come to see it!

Support Act One and “Project Lemon”

A place at WCTT’s Young Actors Company means much more than performing in an annual show. Our members get the chance to devise their own plays, including the real and pressing issues that matter, not just to them, but to their local community – and the whole of society.

Act One are growing in confidence as performers, but also as creators and as thinkers. This can have a hugely positive impact on a young person’s life.

By supporting the work of WCTT, you’re helping our Young Actors to develop these skills and bring a fresh and original play to the stage.