Celebrating the Young Actors Company with the Jack Petchey Foundation

On Monday October 15 we recognised the special achievements of three young actors… and one outstanding leader.

We nominate three of our members, one from each Act, for an award each year.

The awards were presented to the winners by Councillor Geraldine Stanford, the deputy mayor of Merton.

There wasn’t an empty seat in the theatre as many parents and friends came along to applaud these outstanding achievers.

And this year’s awards were made extra special as Andy Alty, our creative producer, was presented with an Outstanding Leader Award in gratitude for all his hard work at the Young Actors Company over the last seven years.

Three cheers for Andy – and massive congratulations to you all! 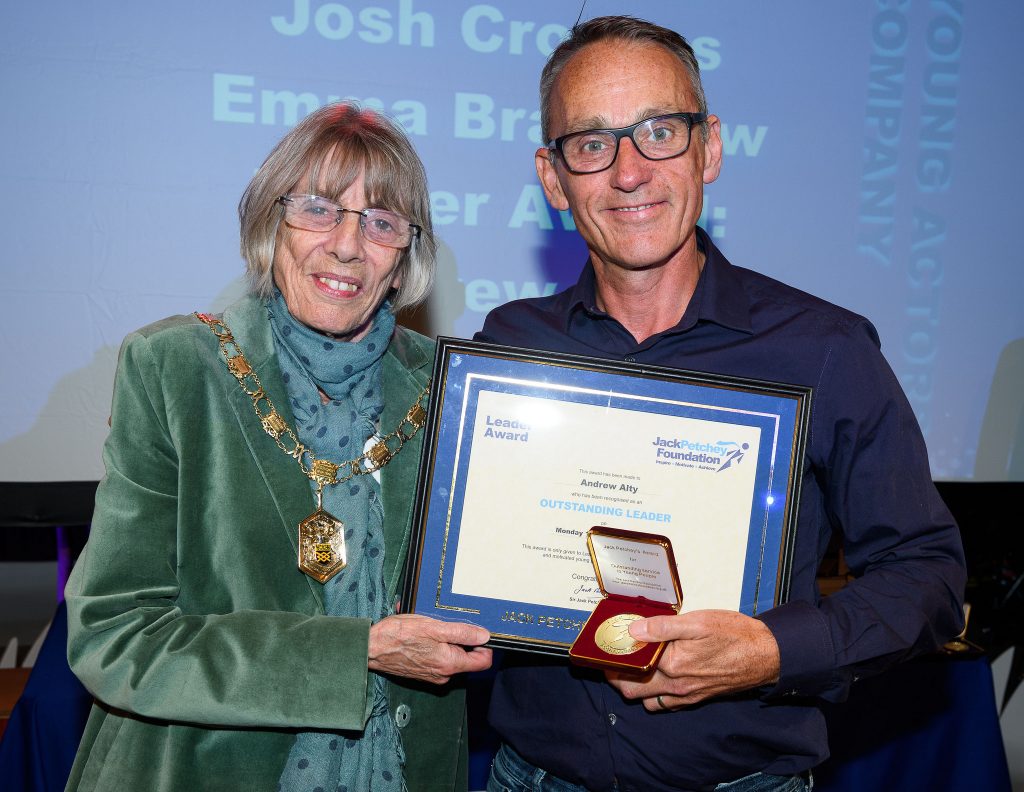