Social and community engagement in Merton

Before we head into an exciting new season, we look back on a rewarding term focused on social and community engagement in Merton

Term three at the Young Actors Company is all about social engagement.

We want to get away from the studio and out into the London Borough of Merton community – and our young actors did just that in the summer term.

Called Bridging the Gap, the project saw our young actors interview community members who use the Merton Dementia Hub in Mitcham, before devising an original piece of theatre based on their memories.

Living Memory was performed to a full house on Sunday 01 July 2018 at New Wimbledon Theatre’s Time & Leisure Studio. Including Dementia Hub users and their families, it was great to see people of all ages in the audience – making a difference across the community is what our Young Actors Company is all about.

A very special project with a strong foundation, we filmed the performance and will be showing it at an exclusive screening at the Dementia Hub on Tuesday 25 September 2018.

Thanks to the success of this social and community engagement in Merton, we’re talking to the Alzheimers Society about further collaborations. We’d also like to expand the piece and perform a longer version as part of Film Merton 2019.

The workshops, supported by a drugs education specialist from Catch 22, were delivered to groups of 15-25 year 10 students. Lively and interactive sessions, they initiated discussion around attitudes to drugs and alcohol, providing potentially life-saving information. According to Lucy Brown, deputy head at St Mark’s: “The students were all extremely engaged and your group handled some very challenging discussions incredibly well.”

It was wonderful to see young people talking about this issue with minimal adult interference – and we look forward to doing more of this work in the future. 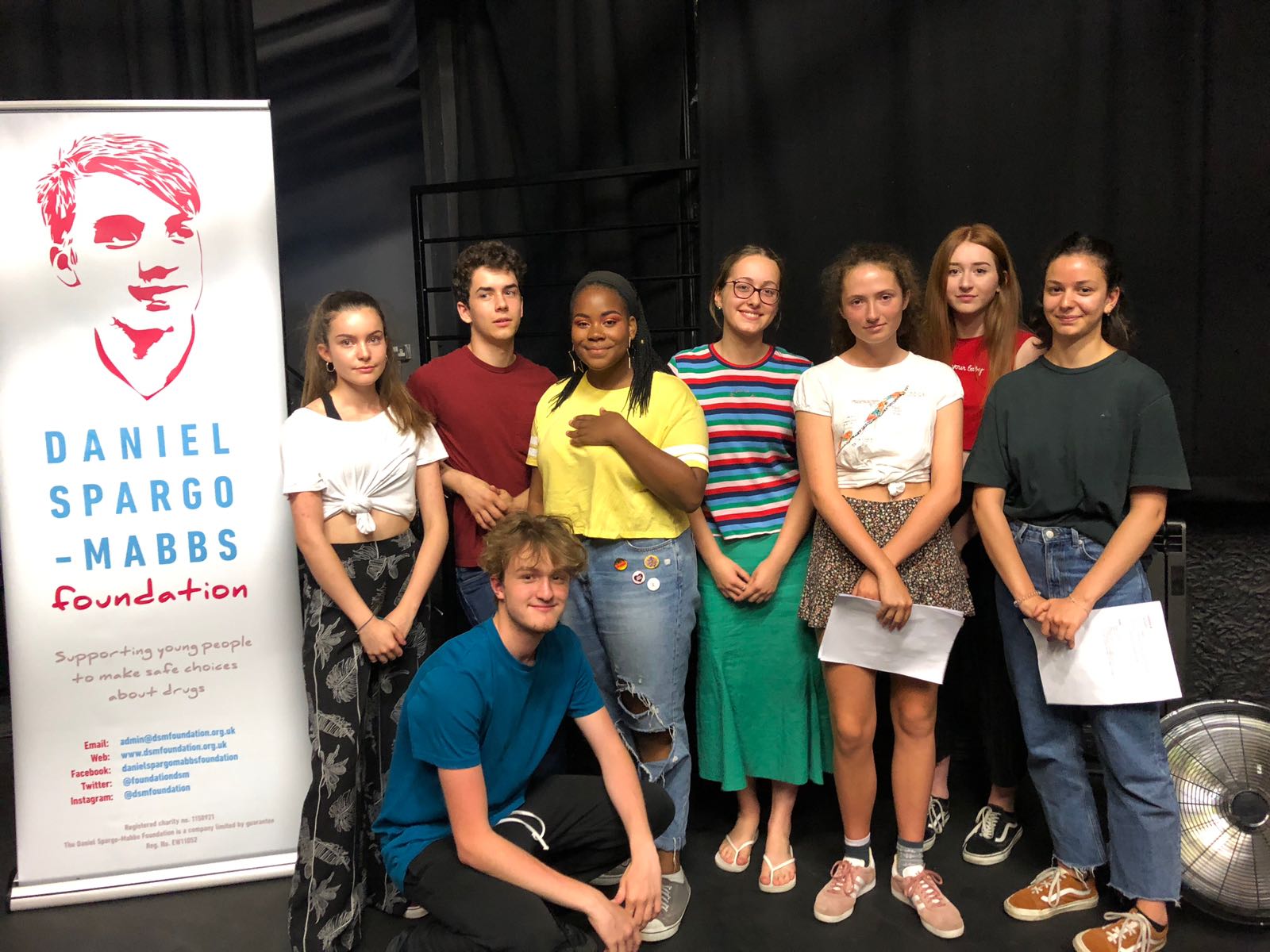 Act 1 (school years 7-8 ) were working in the great outdoors: their social and community project involved performing an original piece of theatre at three festivals around Merton – Merton Hall Park, Cannons Hall and Cricket Green School’s summer fair. Act 1 also performed the piece to an audience of parents and friends at the Time & Leisure Studio.

The piece they created, The Mystery of the Red Hat, was a big colourful and comic 20-minute, murder-mystery…and not even the victim knew who the killer was!

Outdoor theatre was a first for these young actors – and much fun was had in the sun. 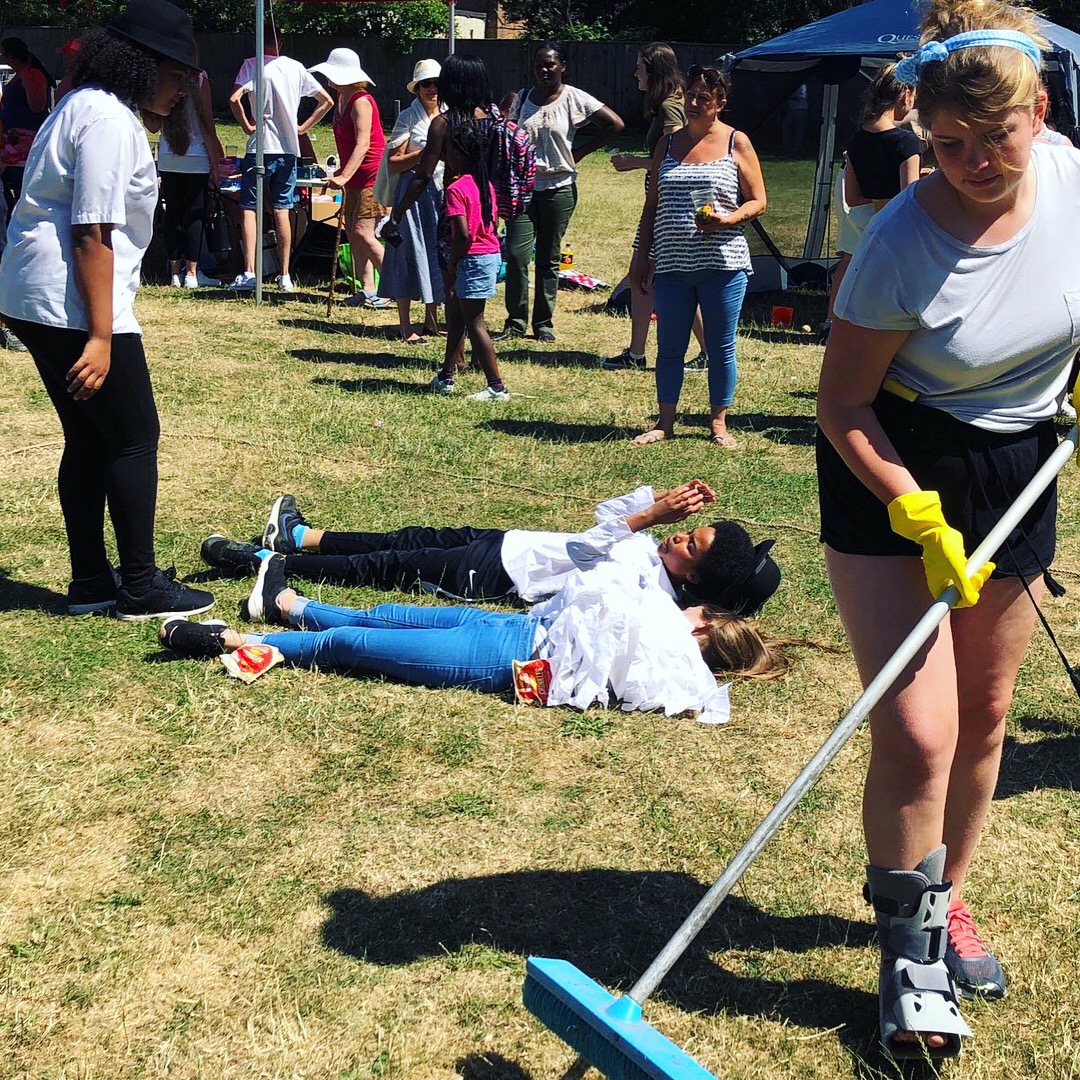 Interested in our social and community engagement work in Merton?

We already have plans for more social and community engagement in Merton during 2019: watch this space.

To help keep this valuable resource for Merton free, you can donate right now or get in touch to find out more: we’d love to hear from you.