Our scratch sessions on Sunday 9 December were a resounding success filled with fun, creativity, new ideas and raffle prizes.

Welcoming friends and family to their open rehearsals at Ricards Lodge High School’s drama studio, the Young Actors Company was in fine form at the weekend.

Each Act invited guests to join the audience as they rehearsed scenes, brainstormed ideas and had the kind of fun they’re used to having on a Sunday, but that parents and carers don’t usually get to see. As one audience member us told us after the show: “It was a great idea to show us a ‘real’ rehearsal. Very professional and I enjoyed seeing how the members can give ideas on production, lines etc. FAB!”

Act One filled the space with Lemon Heaven, showing the audience the first few scenes from their cautionary tale of mass addiction to something that looks pretty on the outside, but is bitter under the surface.

We already get the impression that this show will resonate deeply with the audience – and we’ll never look at lemons the same way again. 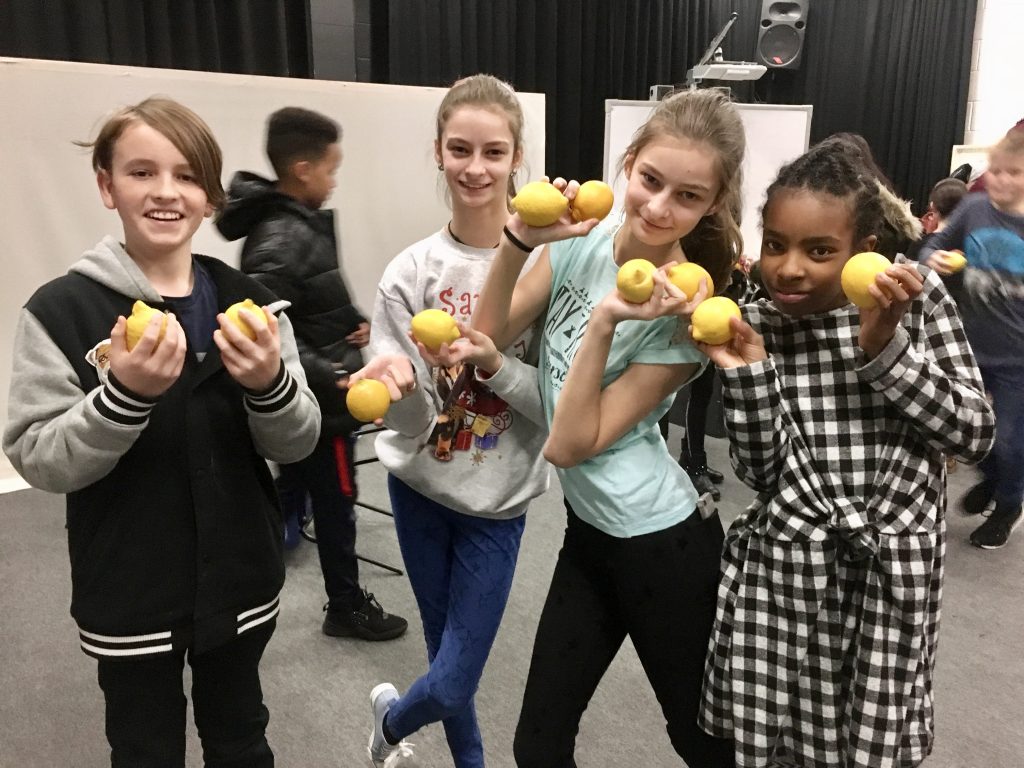 “Excellent script. Huge amount of emotion. It will be AMAZING!”

That’s one parent’s feedback on Act Two’s work so far on Thames Tales – The River God.

As well as enjoying the interplay between Father Thames and his granddaughter, Naomi, the roof-raising rap battle between the London rivers, and the naughty behaviour of the Thames nymphs, the motion of the river scene really grabbed the audience’s imagination.

As one audience member said: “Loved the energy and seeing the changes and improvements on each run-through.” 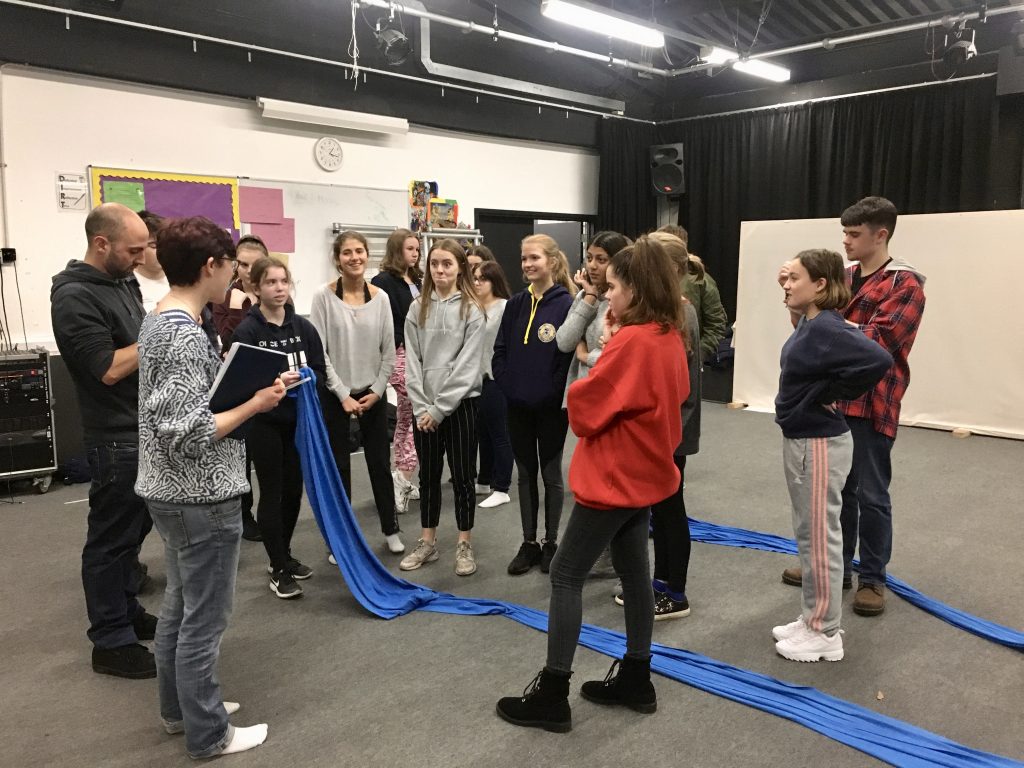 Act Three’s To Walk on Water was another resounding hit with our guests.

The early reviews are in..and they speak for themselves:

“Great to see a bit of ‘science fiction’ on the stage.”

“Great characterisations! Can’t wait to see where this story goes…” 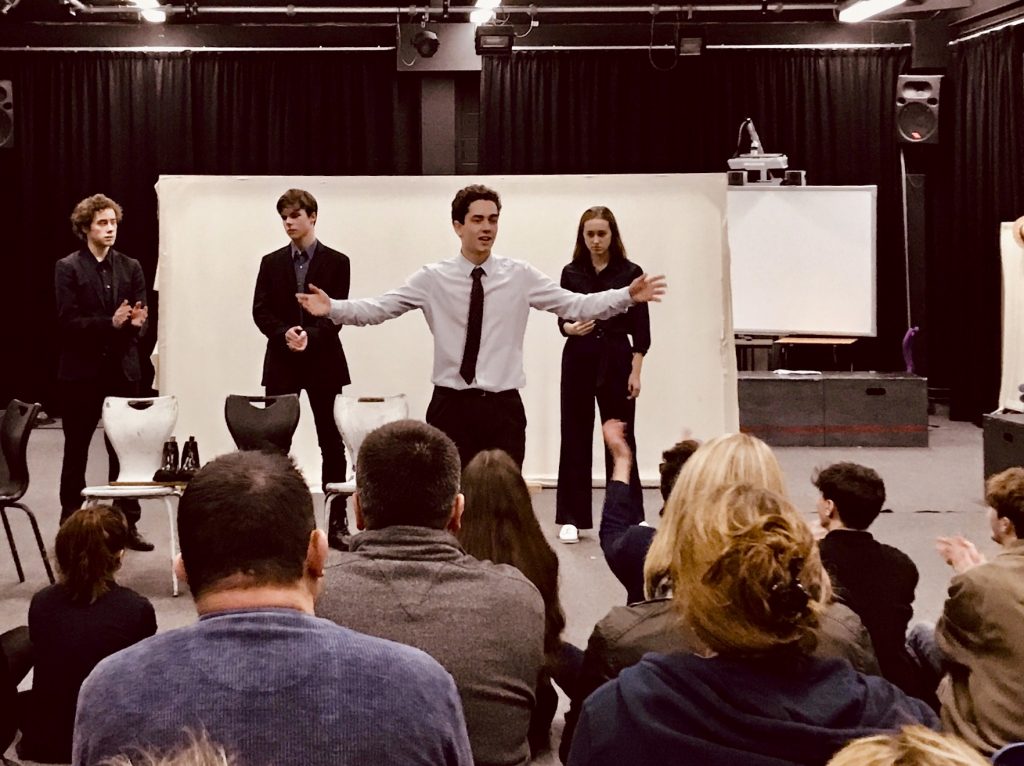 Audience feedback included the question: “Where can I get a pair of those boots?”

And if the exclusive previews didn’t provide enough excitement, the audience was also invited to take part in a prize raffle with goody bags, bottles and mince pies up for grabs.

Congratulations to all the lucky winners – and we’re pleased to tell you that our raffle raised £170 towards costumes and props for these three amazing Troubled Waters shows.

All three world premieres in our Troubled Waters season include ideas and input directly from our Young Actors; our authentic youth theatre gives young people in Merton the chance to explore their uniqueness and creativity, as well as their talent. We also give our members a platform to engage with the community, using the arts to make meaningful connections and to make a difference.